The Profligacy of Practice-as-Research

I have given four symposium talks in the past two months and in each case my greatest challenge was choosing the best moments from my practice to illustrate the points I was making.  To trawl through my memory, or through the vast bank of field notes I have accumulated in what now must be hundreds of hours of storytelling sessions with groups of young people.  I become wistful, reading through other people's more crystalline papers which carry a clear narrative of (say) a ten-week project, which gives them more than abundant experience and examples to come to realisations, contextualise them against theory, and make their point.

My work seems in comparison open-ended, hugely time-consuming and profligate.  Such an overwhelming proportion of it will never be written up.  Like a cherry tree covered in blossom that never leads to much fruit, it almost makes it harder, not easier, to draw communicable lessons from it. 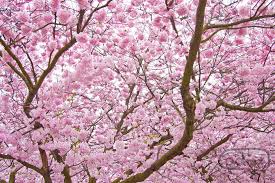 Of course there are several 'buts' here, and here they come.  Firstly, of course, the major attraction of this PhD for me was the opportunity to do extended, reflective practice, becoming embedded in settings and being able to respond to the interests and needs of the young people I found there.  (This is something a freelance storyteller, indeed artist, can rarely do for the simple reason that they have to charge for their time and every institution is broke) This has given me more riches than I could ever have expected.  My skin has thickened, my instincts have been tuned, my range and repertoire has been stretched in every direction.  I am incorporating this learning, these 'findings', into my own self, whether I choose to or not.  The challenge, of course, is to be able to continue to articulate this practitioner's understanding in intelligible words.

Secondly, the whole relationship between practice and theory in PaR is different from that between 'fieldwork' and a mainstream PhD.  The practice is not simply something you extract knowledge from in order to be able to tell others; it is the research and it is also a major (the major?) way in which the research findings are expressed.  I was told this right at the beginning by my supervisors, but it's taken me a long time to grasp what it means in practice.  That's why you don't stop doing practice when you have enough to say; it's rather almost as if I keep going until each project has 'worked itself out', finished itself or found a happy conclusion.  So the practice leads and largely sets the pace of the research.  Once more, the challenge is to keep sight of the need to write, crystallise, shape this experience into a form accessible to the academy.

Thirdly, the dissemination of the research is as much through the relationships formed during it, as by what is written at the end of it or even presented in papers.  This is what leaves traces on young people, teachers, youth workers, decision-makers, institutions, as well as of course on me.  The quality, potential and durability of these relationships thus feels like a yardstick of the quality and impact of the research.  So in one of my settings, where relationships have been curtailed by instititutional pressures and gaps I can work in have closed up prematurely, the 'research' cannot be said to have 'happened' in the same sense that it has in another setting, where more and more opportunities keep opening up and a dialogic, collaborative research relationship with the practitioners and young people keeps bearing fruit.  Even though I have spent just as much time in the first setting, told just as many stories there.  A single researcher cannot 'make the research happen' just by planning it, any more than you could make a marriage happen by proposing to someone.  It's a two-way (or three-way, or many-way) thing.  At the risk of repeating myself, the challenge remains to transcend the particularity of these many dialogues to be able to draw some conclusions that are useful to those you have never met.