In my work with young people, I am finding my way towards a ‘story-based pedagogy’.  In school, of course, where ‘education’ as commonly understood is the goal; but also in other settings, where the goals might be other things (therapeutic or artistic or social) but the young people’s framework for forming relationships with guiding adults remains dominated by their educational experiences.


So what does this pedagogy look like?  Starting with the base, the story, it asserts the need for space for the unbroken narrative: the whole story.  This entails the respect for uncoerced attention and response by young people; it trusts that they will enter the liminal state of the listener, with all the deep learning than can occur in this state.  That is, there will not be checking to ensure either comprehension or the ‘correct’ interpretation.  These would fragment both the story itself, and young people’s processes of making sense of it – requiring them to remain in the analytic and socially reactive spaces of their brain.  Matthew Reason (2015) has suggested the term ‘storyknowing’ for the sophisticated form of contextualised understanding enabled by entering into a story; Patrick Ryan (2008) draws attention to the way a storyteller creates subtle webs of causality by conveying embodied sensory experiences to listeners, so they actually ‘live’ them by proxy and thus can form new ideas based on them. 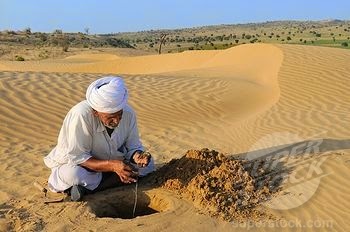 Over and over again I feel the importance of my own and my listeners’ sensory and experiential vocabulary.  They create bridges of empathy and understanding.  Vygotsky (2004 (1967), p.14) was referring to the same thing when he said that 'imagination always builds using materials supplied by reality.' If I describe the way an old man planted a small tree in the desert by digging a hole in the hard ground with his bare fingers, this specific image will re-emerge in young people’s own versions of this story even weeks later.  It will stand in for any amount of pitying his poverty and cancel any doubts as to his determination.  The whole story will be told using a vocabulary of experiences and senses, not of interpretation.  When a young person pictures this, they may not see red desert soil but the rubble of a piece of waste ground they know; they will transpose it so as to make sense of it – what Italo Calvino (1956, p.xxi) describes as a story drawing ‘pith’ from the culture in which it is told.  And some may focus on the pain the digging will cause the old man, while others will envy his quiet time out in the natural world, away from his noisy family.  Too much description, either of the scene or the man’s feelings, would block these possibilities; as the storyteller Shonaleigh Cumbers says, stories, unlike novels, are passed on in a ‘dehydrated’ form, and the skill of the storyteller is to ‘rehydrate’ them, but only to the minimum degree necessary.  It should still be, to my mind, sparse.


Thus, in a story-based pedagogy, the main ‘work’ by the young people consists of their filling of the empty spaces in the whole story; the main role of any follow-up activities I propose is to facilitate this process.  Follow-up may involve writing, art, poetry, drama, storytelling or animation, ultimately aimed at the young people appropriating the story in some form.  In filling in the space, they draw out the themes of importance to them, make sense of it in relation to their own experience – indeed, ‘stitch’ it onto their own experience.  Walter Benjamin (1936, p.89) was one of the first to describe and value this process of appropriation, made possible by stories because 'the psychological connection of the events is not forced on the reader.  It is up to him to interpret things the way he understands them...'.  This appropriation can be pictured on a spectrum stretching from retelling, to reemphasising, to transposition, to transformation, to subversion or reclamation (if the story needs it)… It is not the whole story which ‘teaches’ or ‘heals’, but the process of appropriating and transforming it.  This is not a new idea; ‘creative extension’ has been part of the humanities teacher’s armoury for decades or centuries (although it is currently out of favour in England and Wales, replaced by an approach dominated by transferable analysis skills).

Equally important is that the whole, sparse story is told by me, to you, not by any third party, technology or book, although all sources will be acknowledged.  The story and all the activities preceding and following it must be a genuine dialogue between myself, the young people and any other adults in the room.  There may be a plan for it, but this is not an instruction sheet , rather a guess as to how the session might run.  Julian Stern (2013) uses Martin Buber’s idea of dialogue between ‘I’ and ‘thou’ to make a strong case for the vital role of surprise, even in ‘normal’ teaching: unless both the teacher and pupils are surprised by what happens in the lesson, there can have been no real dialogue between them, and thus no real learning.  This echoes an often-repeated maxim for storytellers: the story (told, not read) must emerge in the space between the teller and the listeners.  If not, it will be hollow, technical, a mere vessel for facts to be conveyed, a ‘golem’ story (to use the word Buber applied to some schooling).  Rather, I as storyteller try to model a lively and risky relationship with knowledge and with my artform.

An example: recently I was anxious about my rough plan for a session with a low-ability school group around the life story of a Bedouin matriarch, because I did not know whether they would be able to form any connection to such a complex and foreign tale of social change.  It did not quite ‘feel like a story’.  The teacher and I agreed to play it by ear.  I warned the pupils that I was nervous about this story and indeed I felt a faltering as I told it, a sort of ‘What’s the point?’ atmosphere.  Then one (disruptive and argumentative) 14-year-old pupil proposed enacting scenes from it, and the others were excited by this idea.  The scenes they created transposed the exotic tasks of sheep-shearing and desert farming to recognisable domestic worlds, embedding them in family relationships which made sense of them. In the five minutes remaining, at the teacher’s and my suggestion, the group rapidly created a class poem based on the memories of the central character, which carried a sense of what had been lost in the changes she had seen in her life.  The young people had reclaimed the story for their own by subtly transplanting it into their own soil.  Only you can generate knowledge and understanding from the whole story; my guidance is necessary but insufficient. 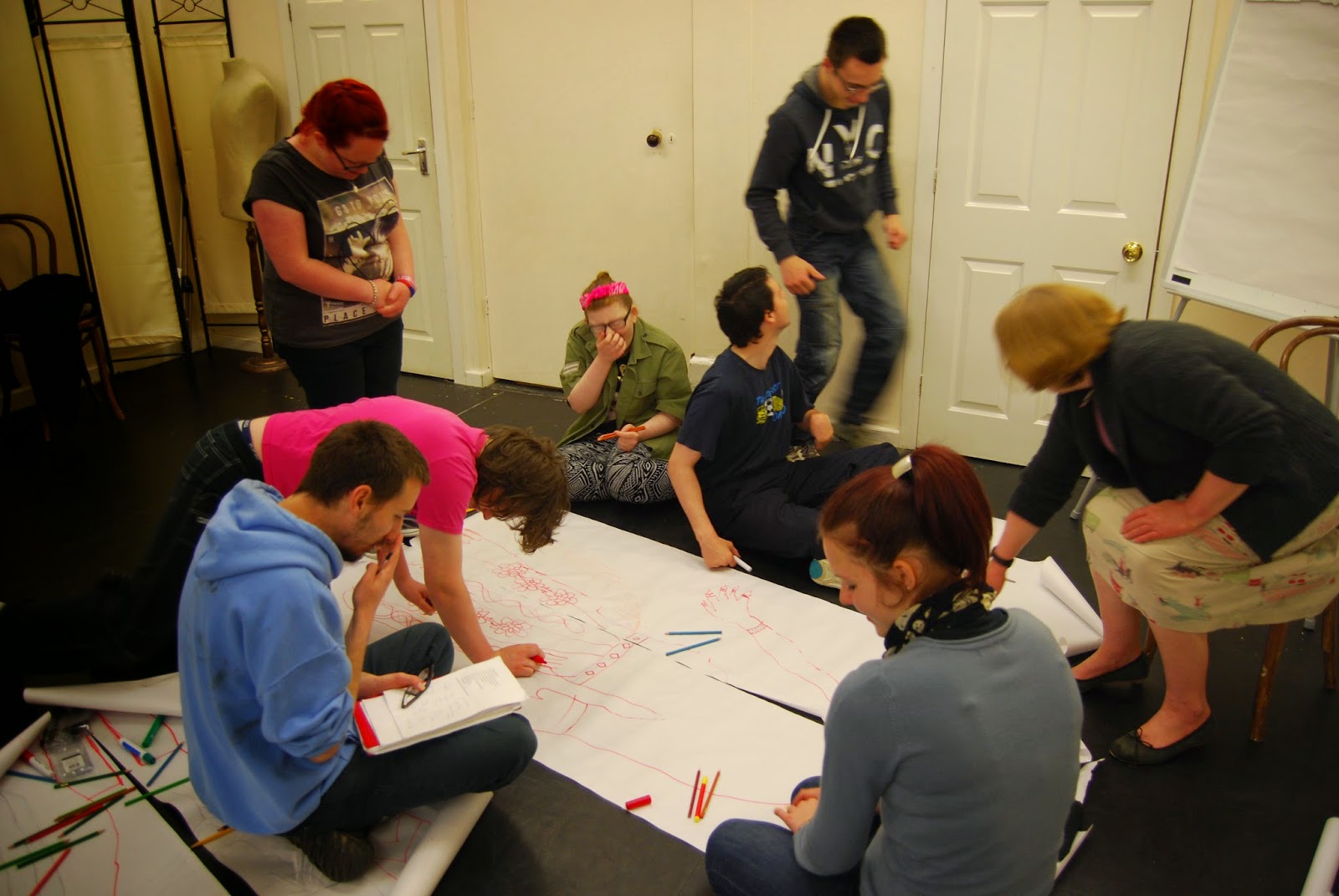 This example also illustrates two other things: the vital role of collective authorship in a story-based pedagogy, and the embracing of the risk that young people may choose not to engage with work based on the story.  Both of these points bring me back to Benjamin (1936) and his vital point that storytelling is an inherently communal practice, dealing in shared experience rather than the isolated responses of the novel reader.  The usual hierarchies of the class or group are loosened by storytelling; they are replaced by other unwritten rules of community.  Teachers or facilitators, visiting storyteller, young people, meet on the basis of a certain kind of temporary equality of status: all are holders of knowledge.  A storyteller cannot reserve the right to coerce young people into creating knowledge out of the raw material of a story, or even into listening attentively; this would undermine the relationship.  Collective authorship is, however, a valuable tool in giving the process the best chance.  While the telling of the story was a dialogue between me and each listener, the extension activities they carry out together involve the nurturing of dialogic encounter between the listeners themselves.  The understanding they achieve collectively then becomes a resource for their future learning – thus, as they go on to study ‘deserts’ in geography, they will have an experiential starting-point to understand the human significance of a harsh climate.  The whole, transformed story becomes an asset of the learning community.

To draw all these strands together, a story-based pedagogy:
·       *  is focused on a whole story, told without interpretation by me to you,
* which you then appropriate or transform collectively, if you choose, by filling in its ‘gaps’ using    creative means,
·         * to create a new, rich resource of experiential knowledge which belongs to your community of  learners.